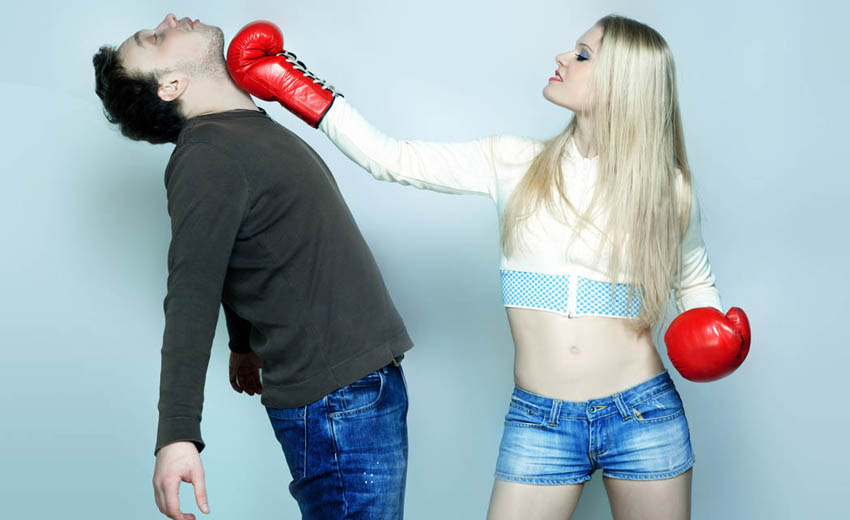 The necessity of fighting back

Sadly, too many people get attacked (for whatever reason), and do not fight back. These victims, usually end up beaten up pretty badly. If you don’t counter strike when attacked, you’re life is at stake. So, let’s look at the importance of fighting back.

Firstly, when you’re attacked or even before being attacked always put your hands up to protect yourself.

There are many other important factors when fighting back. Your positioning is crucial, your fighting stance is really important as well. But mostly, when you fight back, you have to have the right striking tools.

All of these self defense techniques can be found here.

But sometimes, you get jumped immediately when you don’t expect it. That is when you have split seconds to fight back.

With that said, there are certain videos that are more painful than other to watch.

A video showing the importance of fighting back

This one came from an Asian Country, were we see a young man getting stomped and kicked on the head multiple times by the father of his girlfriend.

Not only does he gets a solid beating, but the family members or friends of the father, are also jumping in to the assault.

The poor young man is just getting pummeled and pummeled with kicks and even a stick at one point.

The young girl (the daughter of the father attacking) is also getting in the process.

The origin of this assault seems to be coming from the father getting extremely angry at finding his daughter lying in bed with that young man.

In the video, we can see that the father is accompanied by at least three other men.

They are taking turns in attacking the young man that his trying to shield himself from the barrages of kicks and punches.

These sad events reminds us the importance of fighting back.

If someone attacks you, defend yourself

When someone is repeatedly stomping your head and kicking you, you need to do something to stop the threat.

It’s not by covering your head that you will get out safely of such a dangerous situation.

Try to get up as quickly as possible and lift your hands up to protect your facial area.

If someone is trying to hit you, use low kicks to distract him “low” while coming back up higher with solid palm strikes.

Once you’ve launched your counter attack, continue on with solid strikes such as elbows, knee strikes and more palm strikes to finish the threat.

If there are multiple attackers coming at you, use one of the attackers as a shield to protect yourself from the others guys hitting you.

You can also pick up an improvised weapon to fight back.

In that particular case, the defender (the young man) could have picked up a pillow, a water bottle (to distract) or even the fan that was on the desk.

He could also used the belt of his pants to strike his attackers.

Improvised weapons make great equalizers. They are extremely useful and they can change the outcome of a fight very quickly.

When more than one attacker joins the fight

A great resource to learn how to defend yourself against an attack that involves many people is the Multiple Attackers video from Code Red Defense.

What’s important to remember in this case, is to fight back with all you’ve got when you are attacked.

If you leave yourself get beaten up, you could end up severely beaten if not worse such as lose your life.

You should seriously think about these things in advance and you should take your self-defense training seriously.

Prepare yourself by training regularly and fight back if someone attacks you.

Lastly, if you want to learn more on how to fight back, join us here to receive a free self defense video.

Thanks for sharing and stay safe,