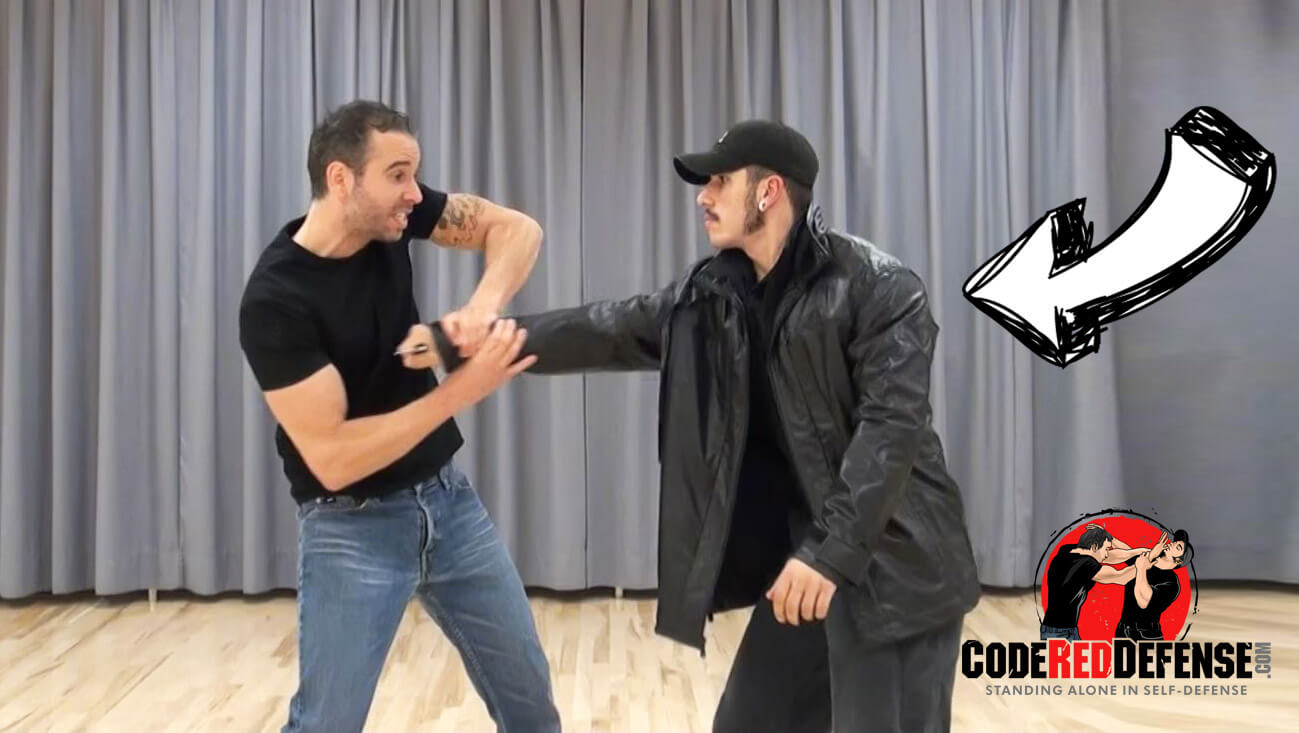 In this post, you’ll learn how to protect yourself against a knife attack. Blade attacks are typically ones you hope to never come across.

Unfortunately, we don’t choose when and where an attack will occur. Therefore, we can be part of the unlucky few that will come across a knife attack.

That being said, it’s important to know how to defend yourself if ever you are in an unlucky situation to be faced with an attacker who has a knife.

Contrary to popular belief, grabbing the wrist of the attacker that is holding the knife can be harder to control. If by any chance your attacker is wearing a jacket or a hoodie, then you are in luck.

By grabbing the jacket of your attacker from the arm in which the weapon is, you have a much better chance to control the knife.

Having a tight grip on the attacker’s jacket gives you a huge advantage.

You are now in control of the arm that is holding the knife so you have a better chance to protect yourself from it. Your attacker is less in control of his movements since you have a strong hold of his jacket.

Here is a complete instructional video on Knife Defense.

Additionally, while you are holding your grip on your attacker’s clothes, you can strike him continuously in quick movements to his face.

This will distract your attacker from concentrating on the knife since he will have to protect himself.

By no longer focusing on the weapon, your attacker is at a disadvantage and you can concentrate on keeping the knife away from you.

Clear from the blade but, don’t forget to fight back!

It’s crucial that as soon as you’re able to grab the jacket of the attacker that is holding the weapon, you start attacking with the other hand.

This will automatically make the attacker not only have less control on the weapon arm, but also loose focus since he will have to defend himself from your constant counter attacks.

This is an efficient way to protect yourself from a knife attack.

To see the video tutorial on an insane way to stop a knife attacker, make sure to subscribe to our YouTube Chanel where you will find this video along with other resourceful videos on self defense.

We hope that you enjoyed this blog post. Feel free to share this article with your family and friends.

p.s. If you want to learn all about knife defense, visit our products page for effective self defense tips.