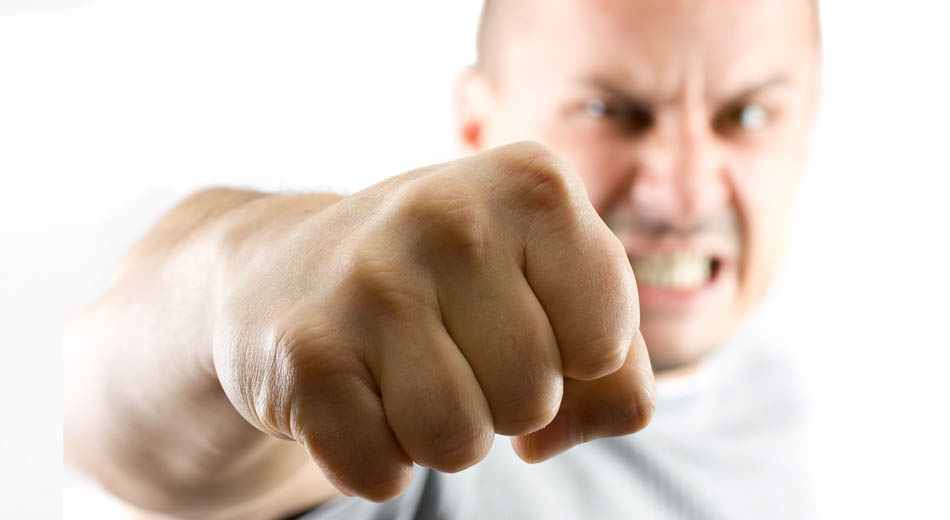 Criminals in the streets do not care about rules

If you are going up against a seasoned criminal in a street fight, you need to abandon all notions of “fair play” and get rid of any intention to hold back. Read on, and see how anything can happen in a street fight.

Those psychological barriers are not only useless, they are harmful. Thinking about what should and shouldn’t be done in order to survive will get you killed!

Street fights have no rules; there can be no holding back. Anything goes and everything is permitted. And that my friend, can be a very scary thing.

If you want proof, watch this short video below. But before you press play, be warned that there is GRAPHIC CONTENT in that video.

The skinhead doesn’t care about rules (see what happens):

In a street fight, there is only one rule: 1) There are no rules

This is what a tame, pre-arranged version of a genuine street fight looks like (minus the pole-swinging). It is even more ruthless and unforgiving in the real world.

So, if your opponent does something “unfair” or unexpected, be prepared to keep on fighting to maximize your chances at surviving a violent attack.

Your attacker will punch you in the face, pull your hair; he will kick you in the groin; he will stomp on your head when you’re down and he can even bite you!

A dishonest move? Maybe, but whatever works to hurt you, they will use it.

In the video shown above, the skinhead is the one who has the most street-fighting smarts: not caring for fancy moves, he disarmed and trapped his opponent the first chance he got, and bit into his face!

Damn… that was INTENSE to watch, but that is the reality of street fights.

We are not saying you should bite your attacker (that’s unhygienic) – well, maybe if you’re really desperate. But you should absolutely be prepared for any kind of attack, even the most bizarre and surprising one.

Defend from anything he tries to do to you and fight back. You don’t get to appeal to the rules or tap out.

This is the nature of self-defense in the street

If you want to survive, embrace it.

Remember, there is no secret street-fighting code of conduct that would forbid your attacker from biting you, pulling your hair, stomping on your head, kicking you in the groin or doing anything else in order to beat you.

Be prepared to defend yourself from anything and in turn, stop at nothing to survive!

To stay prepared and ready for the unexpected, visit our official self-defense video page.