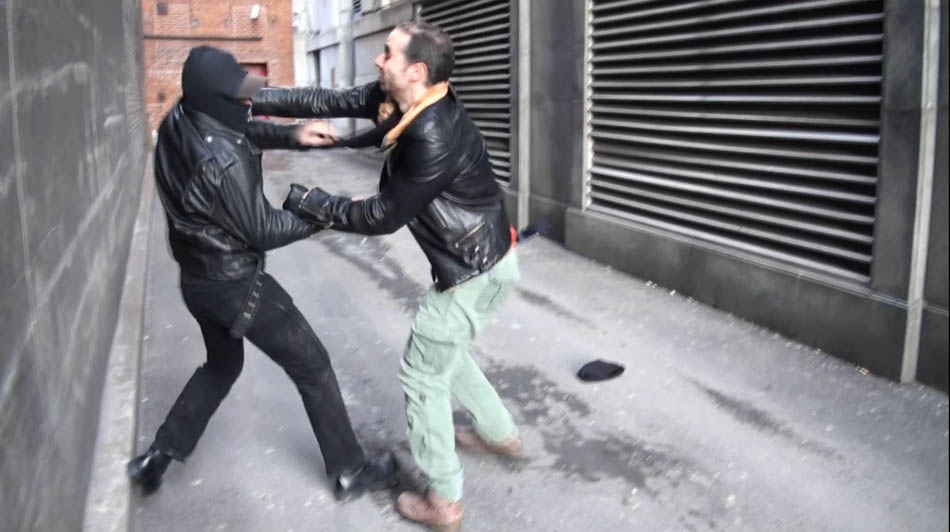 A self-defense course that can save your life one day

Real-life combat is completely different from what you see online or on television. In the street, a fight can begin and end in a matter of seconds. Several instances can make a difference between life and death.

The secret to successful self-defense in brutal and unforgiving environment of the streets is to make the most of every second of an encounter.

Most people have the endurance and power to last that long – making it all count is the tricky part!

Those things are never simple, are they?

This self-defense course will teach you how to survive a street fight in the shortest time possible.

It’s done within seconds of no-holds-barred real combat that will make any assailant flee… or leave him on the ground, bleeding and unconscious.

Get ready for urban violence: Learn how to end a fight

You know, there’s a reason street fighting would never make it as a live sport – it would fail even in pay-per-view, I’d say.

Think about it – two tough guys face off, a brutal exchange ensues… and, in several seconds, one of them is on the ground and the victor is finishing him off.

In a street fight, it is your life that is at stake! You don’t worry about anything else in the span of those seconds. So, naturally, every single moment and movement count.

If you want to survive, you need to incapacitate your opponent as fast and as effectively as possible.

Want to learn how? Click here to learn real-life self-defense.

Take a look at the realism of these street attacks.

Behind those self-defense concepts, there’s the most brutal fighting tips you’ll ever experience. So, you better be ready to learn some new and effective things!

One day, your life may depend on it.

Be ready for the streets with Code Red Defense

Remember: when your life and health is at stake, there can be no holding back. You won’t be the one to start the fight, but you’ll be the one to finish it!

Don’t fall prey to worthless thugs who are only good at stalking on the weakest. Become strong and ruthless enough not to be broken and brutalized – you’ll be glad you did!

So, if you want to survive a street fight, this is the go-to resource for learning efficient combat.

We know that most street fights are over in under ten seconds. People who have never seen real urban violence on display find it hard to believe.

It’s true, though. How do you prepare for something so gritty and brutal?