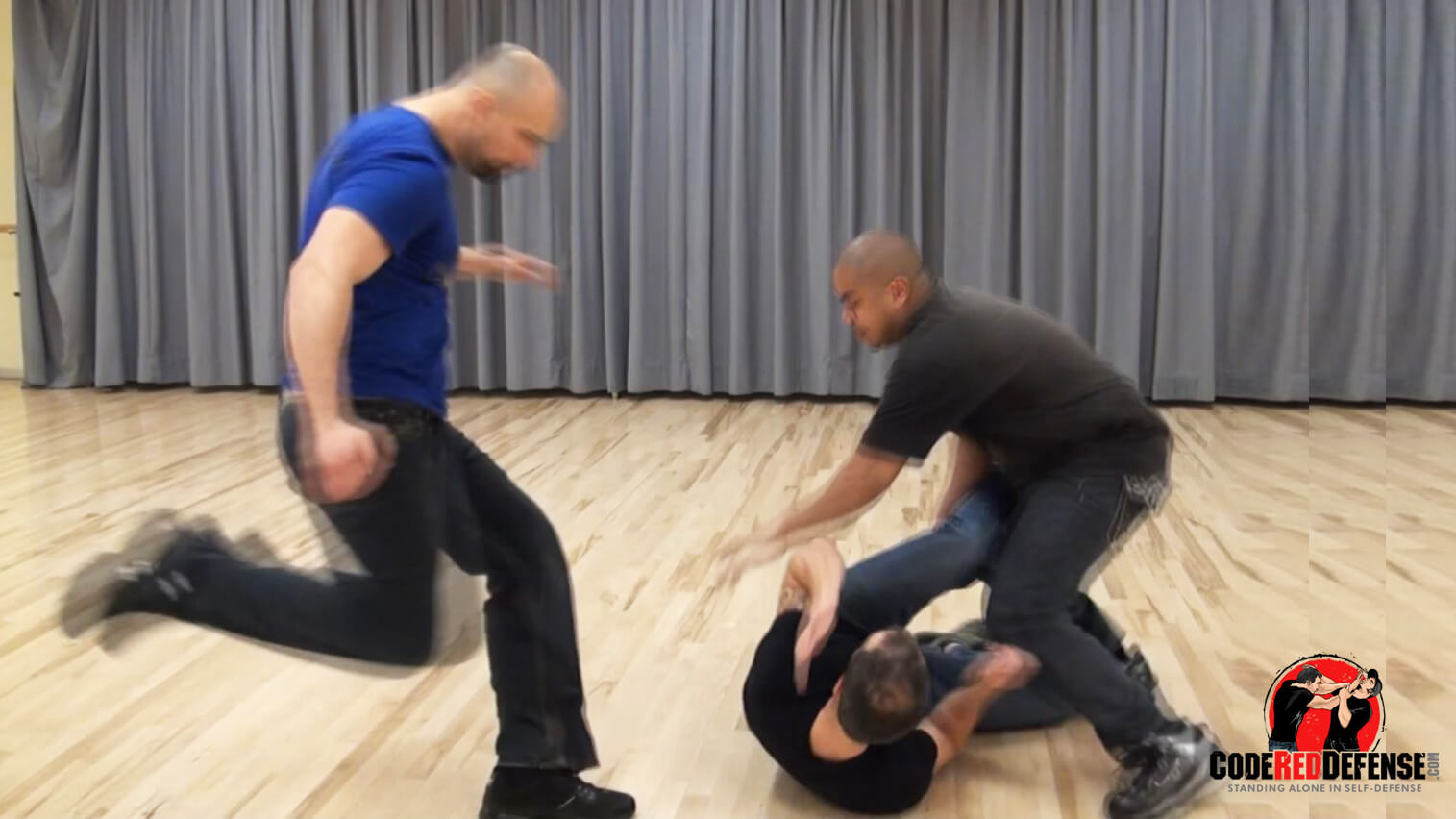 One of the most dangerous situations you can be in during a street fight is to put yourself in a situation where you can get stomped. Thus, it’s important to learn self-defense tips against stomping in a street fight.

Imagine… you fall to the ground, or you purposely bring your opponent to the ground and studently, his friend decides to jump you.

Now, this is not an ideal situation, being on the ground fighting multiple attackers.

That’s why it’s important to avoid being on the ground as much as possible when in a street fight. The outcome can not only put you at a severe disadvantage, but it can also be very dangerous.

However, if you are unlucky enough to end up in a situation where you are being stomped, there are ways for you to defend yourself.

The first self-defense technique to remember during stomping is to try and grab one of your opponent’s legs/pants or both if you’re able to.

By doing so, you are not only limiting your attacker’s ability to hit you, but you can also use it as a self-defense mechanism and turn around so you are facing your attacker.

Always shield yourself even when you’re on the ground

Additionally, keeping your hands up in the air will avoid you having your head hit the ground which can ultimately injure you very badly.

Facing your attacker while on the ground and keeping your hands in the air gives you the opportunity to kick your attacker in the legs and blocking his punches.

This is crucial if you want to get from the ground up and escape the fight.

Self-defense tips against stomping in a street fight:

We hope that you found our self defense video against stomping useful.

There are plenty more articles on this blog for you to learn how to protect yourself against common attacks.

Sign up to our newsletter to receive a free self defense video.

Your safety is our priority,

p.s. Check this resource for a complete video on ground fighting for self-defense.