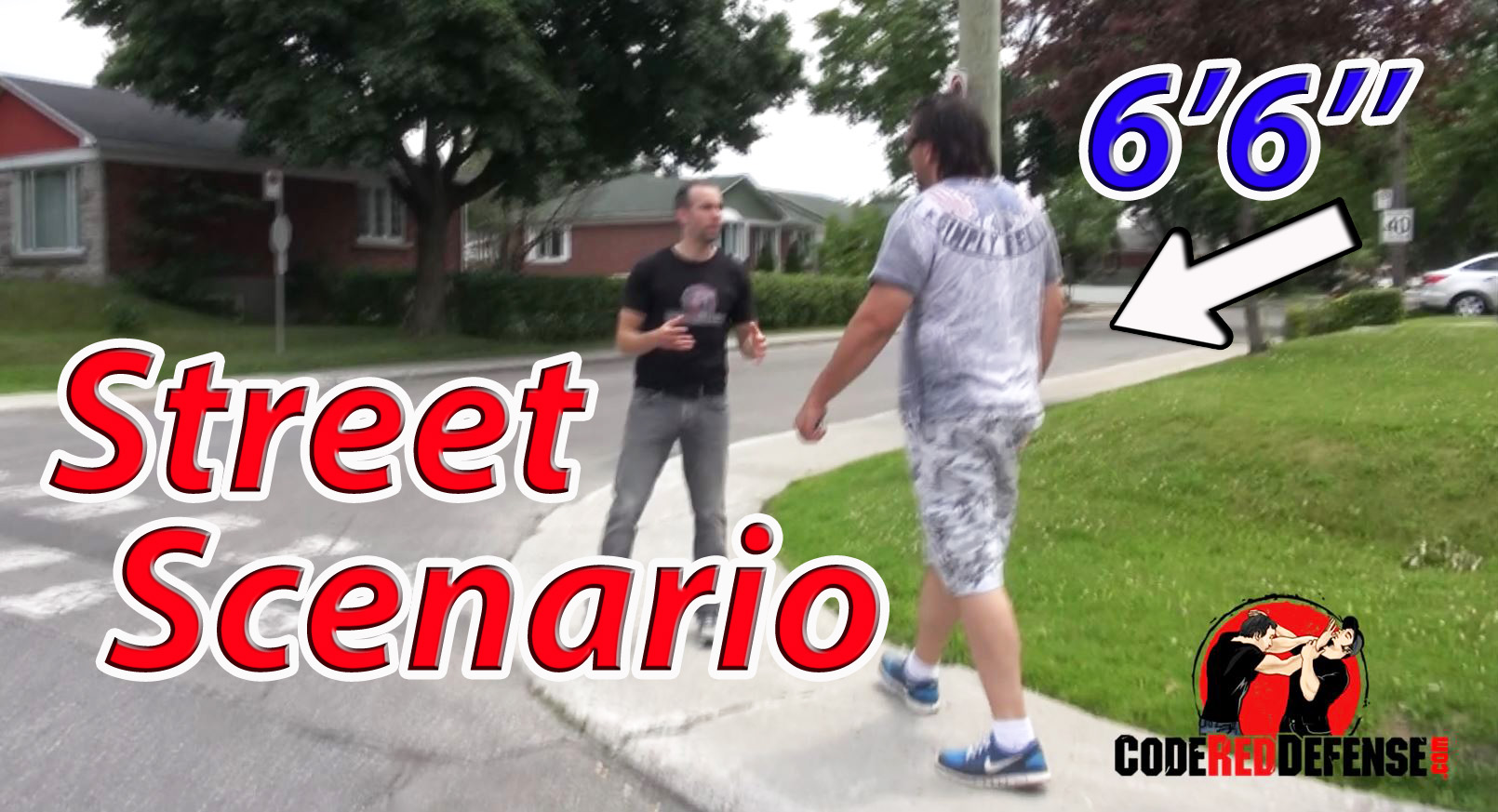 Tips on Being safe on the street

That said, most fights will tend to happen in the street. That’s where you’re most likely to come across an attacker who is looking to rob you or fight you.

Obviously, your main goal should always be to avoid any fights. Therefore, if you can avoid the fight from getting physical by diffusing the situation, then I strongly suggest you do so.

Take a look at this powerful resource on awareness and avoidance for the streets.

Self defense tips for the streets

That said, if you can’t avoid the situation and if your opponent starts coming at you in a threatening way and wants to fight, you need to be prepared.

The first thing you want to do is put your hands in front of you in a non-threatening way. This will tell your attacker that you don’t want to fight him and that you mean no harm.

You also want to move around him and not stay still in one place.

This will avoid giving the opportunity to your attacker to trap you and you’ll also manage to keep your distance. This might not seem like much, but it can be really helpful for your personal safety.

These defense principles can apply to attackers of any size, but it’s especially true when you’re faced with a much larger opponent.

You’ve got to keep moving using your footwork skills for self defense.

Also, remember that when you’re faced with a larger attacker, you want to keep as much distance as possible between you and him.

Here’s a street scenario with a 6’6” attacker:

As seen in the video, if your attacker is communicating with you, use that as your defense mechanism. Talk to him in a non-threatening way to make it clear to him that you don’t want to fight.

Make him feel like you’re on his side and that you’re his friend. This can go a long way in soothing your opponent and distract him from fighting with you.

These self-defense strategies can be extremely helpful. Don’t neglect them.

Check out the video on how you can defend yourself in a self-defense scenario with a 6’6″ attacker.

Also, for additional videos on self-defense and street scenarios, make sure to subscribe to our YouTube channel.

To sum up, take a look at this page if you want to learn all about defending yourself against a much larger attacker.