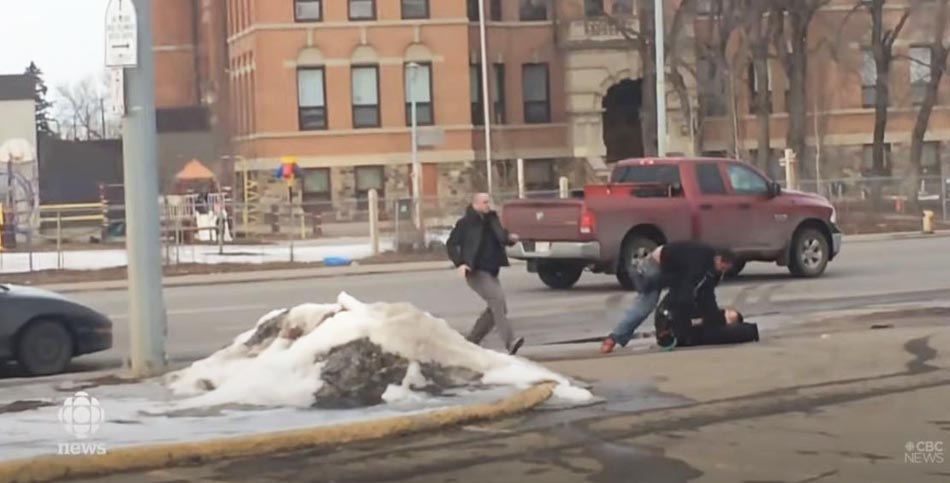 When good people come in to help

Police officers have a dangerous job of protecting people by arresting hard core people. But, what if they need help? You’ll see in this article, a situation where a Policemen is saved by good Samaritans – that’s a rare occurrence.

That said, today’s video is a special one – only because we don’t see this kind of interaction often.

It is during trying to arrest a suspect that a Police officer was struggling on the ground, when one bystander stepped in and helped the officer. Immediately after that, another individual came in to help.

If only every crowd reacted this way when someone is in need, we’d live in a much safer world!

Unfortunately, we don’t get to see many people intervening when fights happen.

However, not all situations are the same. Here’s a video that addresses the topic: Should you intervene in a fight?

So, as you can see, it’s really depends on the situation. That said, since we’re talking about it, here’s a live example of great people coming in help to a Police officer.

This is how good Samaritans come together to help:

They immobilized the criminal completely, holding his head and neck was a particularly smart call!

Let’s just say that being saved by the crowd is a rare occurrence.

The trouble with bystanders is that far too often they simply observe and do nothing during an emergency.

The video depicts just that, two people from the street working together to tackle and restrain a dangerous individual.

This should happen more often!

However tough, big and dangerous he was, the assaulter couldn’t do nothing against the group of people who united in a joint effort.

Thanks to them, the Police officer who was on the ground avoided taking a beating, and potentially an even more brutal outcome.

Furthermore, this also shows the importance of learn how to fight on the ground.

The attacker was a big guy and having all the tools and tactics to fight him on the ground, were much needed in this situation.

I don’t know for you, but I found it very refreshing to see the Policemen saved by good Samaritans, because that’s really a rare occurrence.

This goes to show that readiness to step in and take action is no less important than combat skills, and a few good Samaritans can help justice run its course.

So, once again, let’s take it up for teamwork!

p.s. Get this free video, if you want to learn the top 5 dirtiest fighting tricks against an attacker.