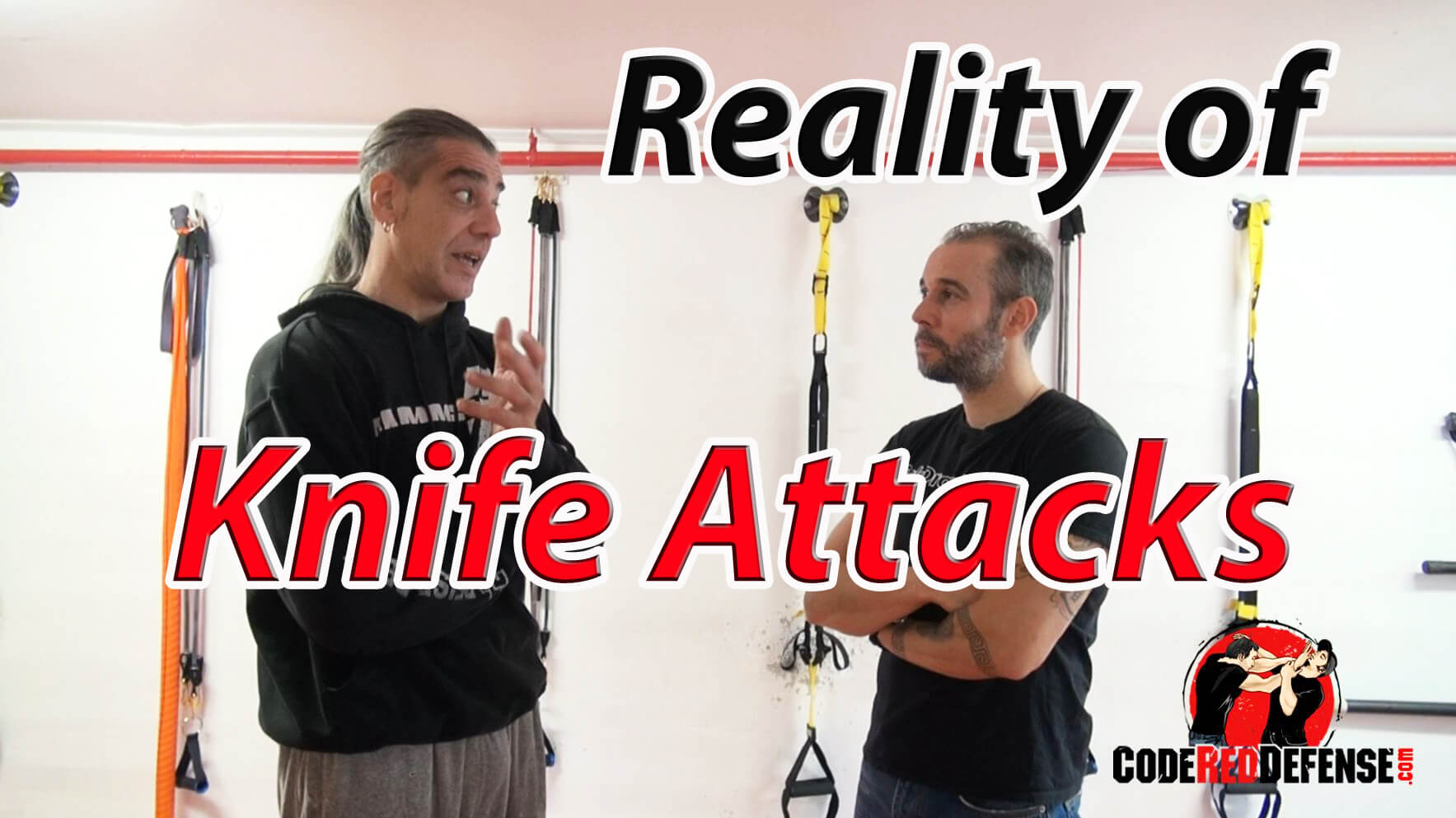 An important article on knife defense

We often see knife attacks in movies and tv shows and hear about them in the news, but until you’re in that situation, you don’t really know what to expect. Here’s a jam packed article on the reality of knife attacks.

To explain to you the reality of a knife attack and what one can expect from it, we’ve prepared a YouTube video where we talk to someone who actually experienced it.

One of the main things about a knife attack is that in most situations, your adrenaline is so high that you might not feel that you got stabbed at the beginning.

Your adrenaline kicks in and doesn’t make you aware that you got injured.

If you’re in a situation where you’re faced with multiple attackers, there’s a good chance that you won’t even know who stabbed you.

Knife attacks are dangerous and scary

Indeed, they can cause significant damage, and, in many situations, the victim doesn’t even feel the pain until much later when their adrenaline comes down and by then, it can be very dangerous.

The best way to master this is by practicing. Practice different scenarios of a knife attack with your training partner so you can work on controlling your adrenaline.

Press play, to see our video on the reality of a knife attack:

Don’t forget, the last thing you want to do during a knife attack is freeze up and panic. You need to control your movements and adrenaline and not let the fear of the attack get to you.

By letting fear take over, you’re giving into a dangerous situation that can have catastrophic results.

It’s always important to fight with everything you have and defend yourself.

So, I hope that you enjoyed these tips on the reality of knife attacks.

To sum up, if you want to see more videos on self defense and how to protect yourself from a knife attack, make sure to click the link.

Thanks for your support, it’s much appreciated.

Related video: Defense against a knife an attack coming from the top.