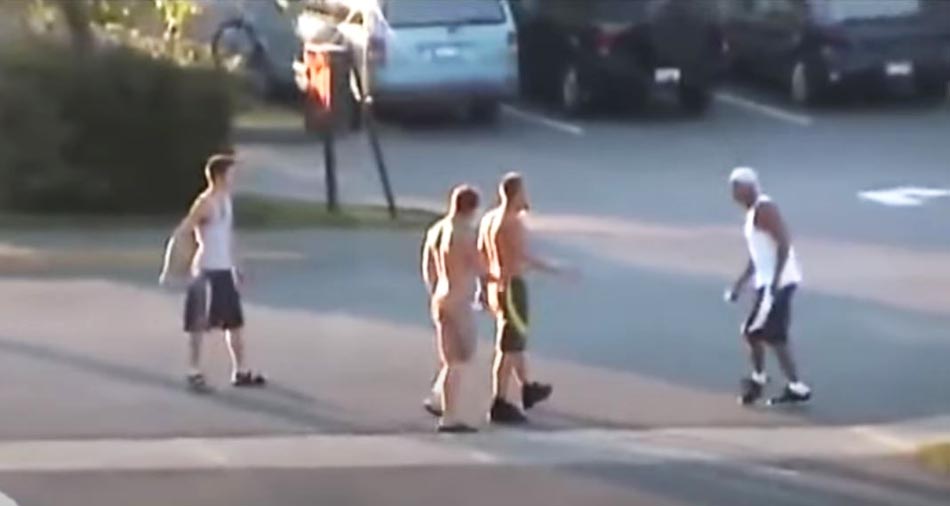 Imagine facing 3 attackers at once

Just think for a second if you were placed in a position where you need to defend yourself against 3 guys coming at you. Are you prepared to face such a situation? This article is all about self defense against multiple attackers in the streets.

That said, when handling multiple attackers, the biggest challenge is to keep all of them in your field of view. If you fail to do so, you are risking someone flanking you or just coming up from behind and throwing a sucker punch.

It’s all downhill from there.

As you undoubtedly know, being in a street fight against several attackers is nothing like the movies. They will not approach you one by one, allowing you to dispatch them in a single awesome-looking streak.

That’s What Happens If You Don’t Watch Your Back!

As you can see in the video, one hit on the head was all it took for the guy to completely lose the fight and take a bunch of much more dangerous strikes.

If it weren’t for his buddies, he would have been beaten to a pulp right then and there!

If there’s one thing criminals understand very well, it’s the concept of strength in numbers.

Consequently, they will try to gang up on you; they will come from behind or from the sides.

They will beat you when you fall down.

Unless you have received self-defense training that would prepare you specifically for this sort of situation, you will have no clue how to deal with multiple attackers.

To help you out, we have prepared a video that lays out several reliable tactics and strategies for street fights and any type of altercation against several opponents.

It just doesn’t get “realer” than this when it comes to self-defense tutorials.

So, if you want to know how to handle multiple attackers correctly, order and watch this self-defense video of Code Red Defense. You will pick up valuable strategies and insights on fighting several people at once in the street.