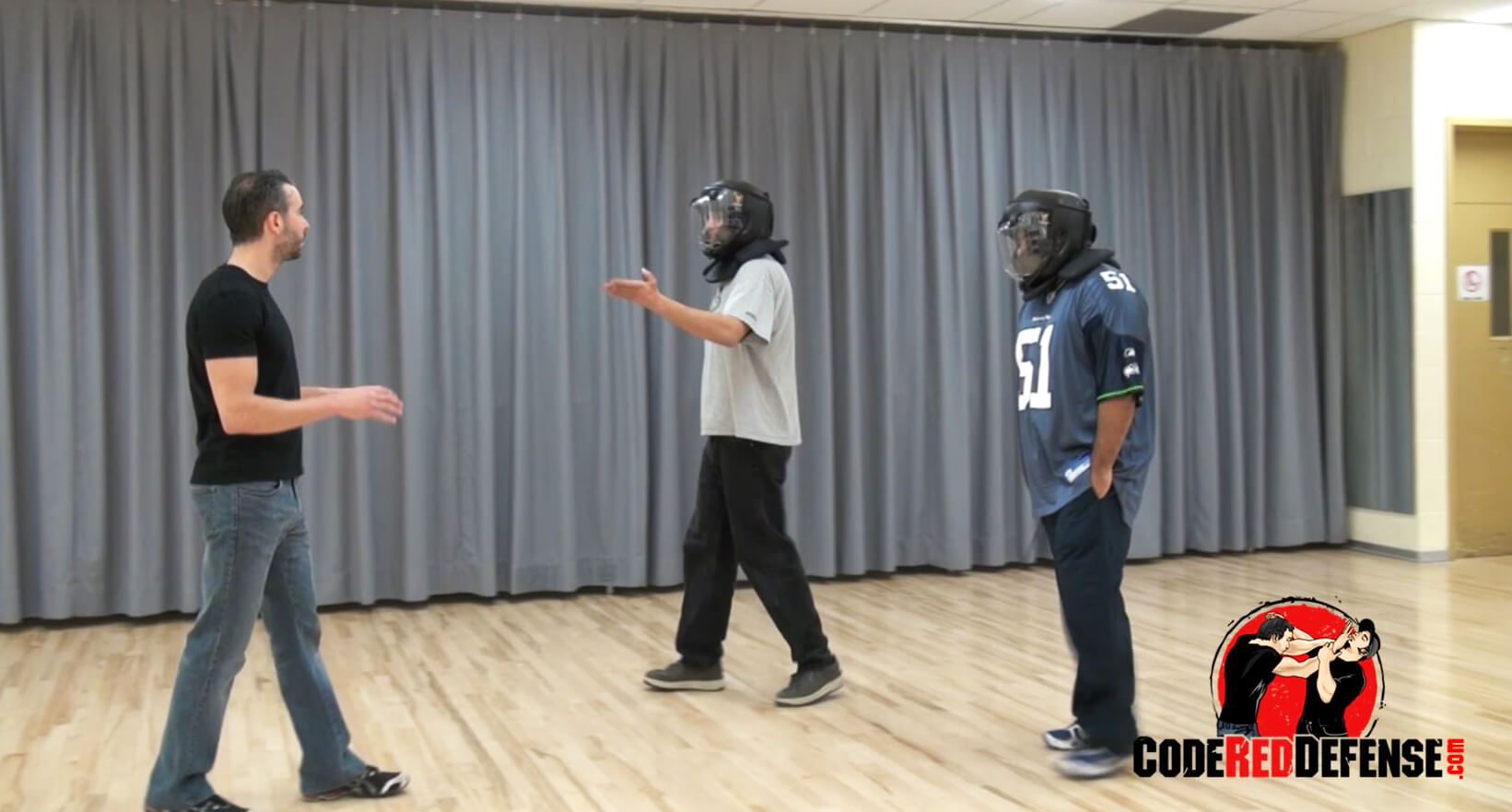 The harsh reality of knife defense

Knife attacks are already tricky situations on their own since they can end up being very dangerous. Moreover, add two attackers to the mix, then it can be even more complicated. To help you with that, here’s a knife defense drill against two attackers.

Indeed, facing two individuals is already quite a challenge. Sadly, not many people in this world know how to protect themselves from multiple attackers.

That said, when you add a knife to that, it can get much worse unfortunately.

This is why it’s CRUCIAL that you start training for knife defense against multiple attackers.

When the blade is not visible

There are also situations when you don’t even know which one is carrying the knife or if both of them are. To properly defend yourself against them, you need to assume that both attackers have a knife.

That is to say, underestimating one of the attackers because of their size or making any assumptions as to who is the most dangerous of both, is not a good approach.

That’s why you need to believe that both attackers are equally dangerous.

Being prepared and alert is crucial in this type of attack.

Always be prepared and ready for a knife attack

Therefore, you need to act fast and efficiently. Be alert of the whereabouts of both your attackers at all times. If they are talking among themselves, be attentive.

Furthermore, listen to what they are saying. It can give you clues as to what their tactics and next moves will be.

We strongly suggest doing a few practice drills like in the video below on facing 2 attackers in a knife defense situation, so you can prepare your body to have that natural instinct.

Awareness is key for knife defense

Be alert of every movement and communication going on between your attackers.

Staying alert is crucial in this type of scenario because you are not only faced with one attacker, but two, and to top it off, they have a weapon.

Certainly, they already they have the upper hand. However, if you’re alert and aware of your surroundings, you might just be able to escape the situation without serious injuries.

For more videos on knife defense drills, make sure to visit our YouTube channel.

While you’re there, subscribe to the channel to receive all updates and future notification.

To sum up, make sure to take some time off of your busy schedule to learn self-defense against a knife. This knowledge might save your life one day.