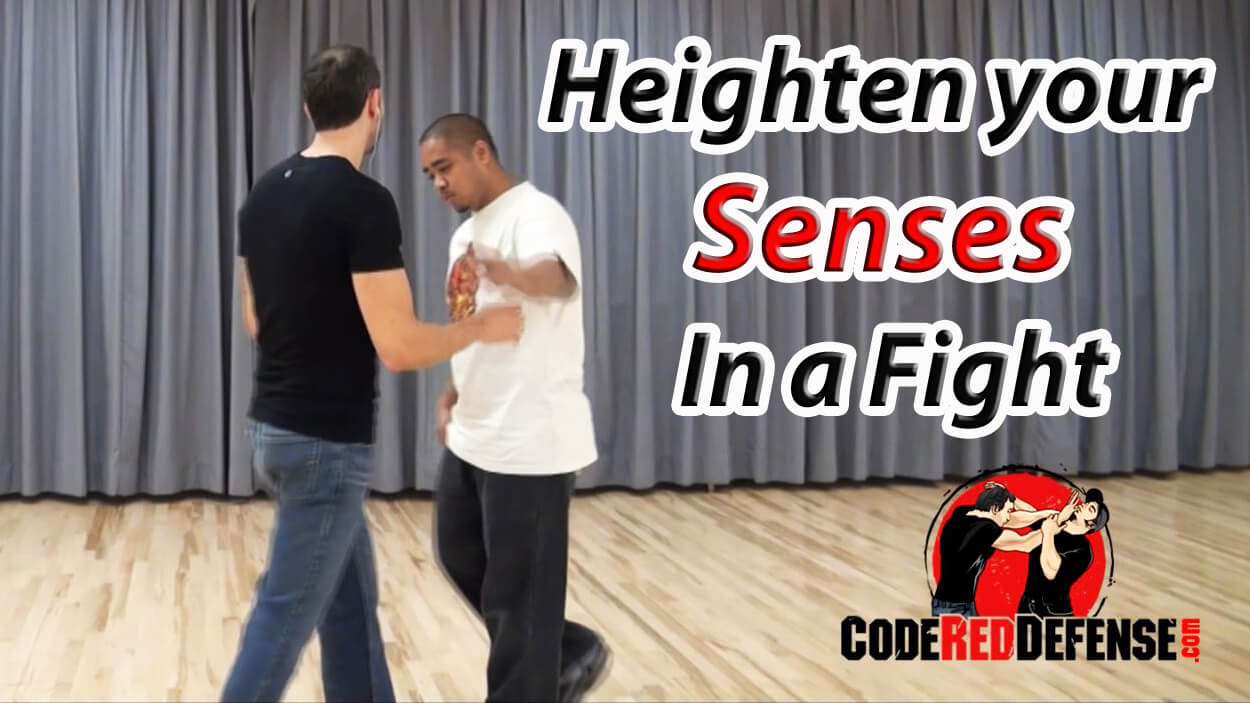 By being able to heighten your sense of sight, you’ll not only be able to have a better read on your opponent’s body language, but you’ll also be able to better manage your focus on your attacker.

Contrary to popular belief, focusing only on what your attacker is saying is not something that you should be relying on. Yes, the words your attacker is using are to be considered, but they should not distract you.

Therefore, finding a technique to ignore your attackers word to focus on their body language is of the upmost importance in any street fight. There’s a lot that can be revealed through your opponent’s body language. For starters, it can give you clues and signs on when to strike.

You can see an example on how to heighten your senses in the following video:

As you can see in the video, by blocking your ears, you can now better focus on things you were unable to before. Important factors such as their foot position, the movements and stance of your attacker as well as opportunities to strike first become more obvious now that you are no longer distracted by the noise around you.

One of the best self-defense techniques you can practice is heightening your sense of sight. It will not only build up your reflexes, but it will also teach you to focus better and to be aware of your opponent’s body language.

We hope that you found these self-defense tips on how to heighten your senses in a street fight useful. Subscribe to the Code Red Defense YouTube channel for more empowering tips on personal protection.