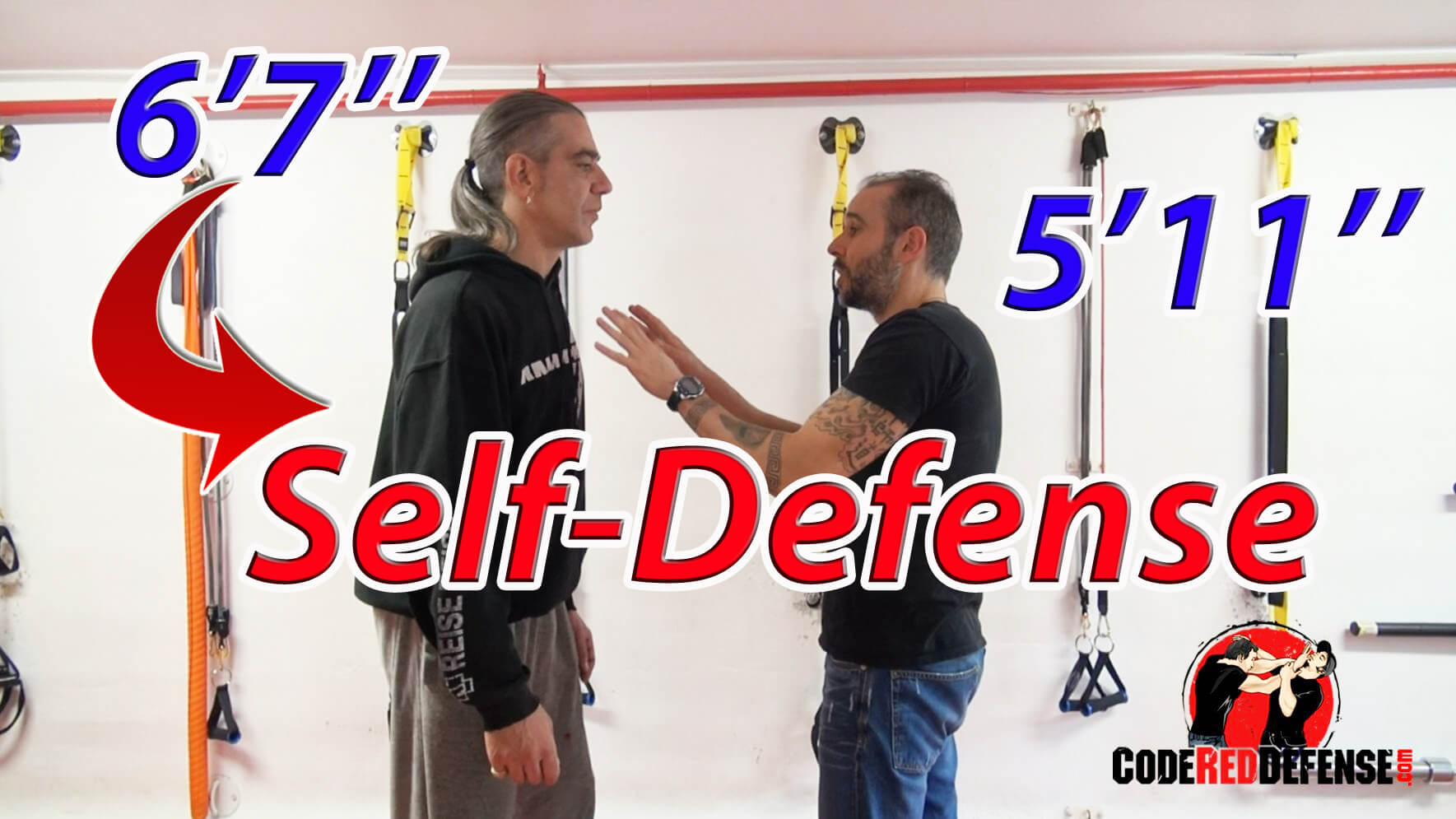 Self defense tips against taller opponents

Some attackers can be slightly taller than you, while some other can be much taller than you. So, how do you defend yourself against a much taller attacker? That is a question that we get quite often from our self-defense students and YouTube followers.

First off, there are some mistakes that you just can’t afford to make during a fight because the outcome can put you at a significant disadvantage.

One of the biggest mistakes you can do when it comes to defending yourself is when you are faced with a very tall attacker and you attempt to take him down. You certainly don’t want to go to the ground against a taller guy.

Unless you’re taller than him (which is highly unlikely), you shouldn’t even attempt to fight him for no reason. Always use verbal defense to avoid fighting in the first place.

The odds are definitely not in your favor and you will definitely lose the fight and end up severely injured. The only time you should even try to fight him is if you have no other choice.

So, here’s a video demonstration on how you can protect yourself against a much taller man:

Verbal defense, a powerful tool of self defense

Therefore, one of the things you can do is to diffuse the situation by either talking to him or finding an opportunity to distract him and getting away.

One of the best ways to talk to your attacker so you can avoid a fight is by bringing your hands up. This will show your attacker that you don’t want any trouble and that you’re not threatening him.

Additionally, if your attacker decides to hit you, by having your hands up you’re already ready and you can block his punches.

As any attack on your person, you should always fight with all you’ve got. That is especially true when you’re fighting a much taller guy. If the fight is on, you need to do what it takes to survive!