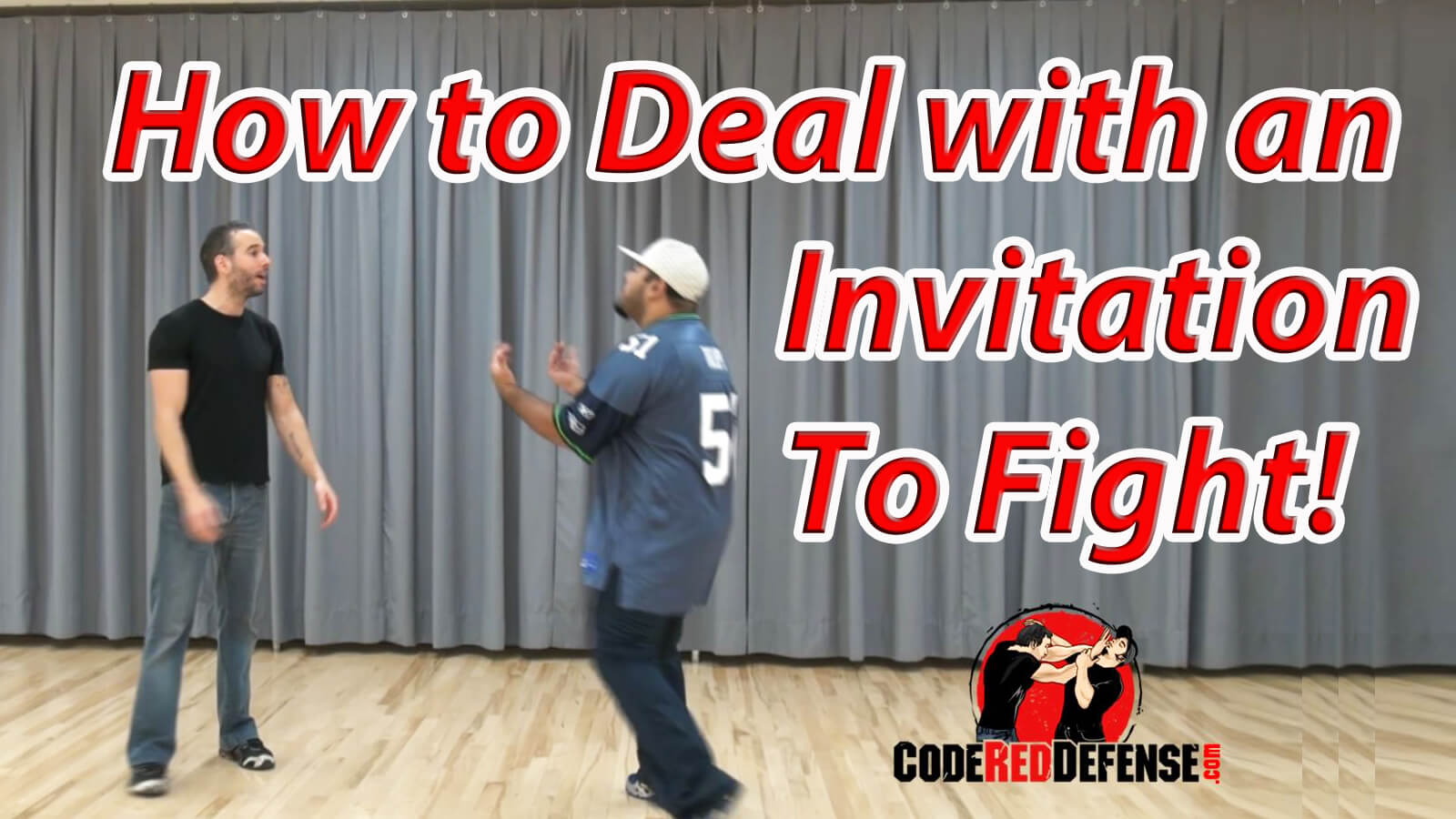 Always be ready for self-defense

Invitations to fight are very common in road rage incidents as well in public transportation such as subways, bus rides, trains and other crowded places. This is why, we’ll show you how to deal with an invitation to fight.

Invitation to fights are also very common outside of bars and clubs. People have been drinking, smoking and often all it takes is one wrong look and the next to you know there’s someone asking you to fight him.

Obviously, you want to avoid fighting the person as much as possible. That being said, if the person is asking you to fight, it doesn’t necessarily mean that they want to actually fight you.

Often, they just say it to show off to their friends or people around how tough they can be. However, that’s not always the case. Be very careful about that.

How to Deal with an “Invitation to Fight”

Knowing about distance is crucial in an altercation

In general, if the person says he wants to fight but is actually keeping a safe distance from you, then he doesn’t really want to fight you.

If he really wanted to fight you, he would have either already hit you or been up in your space to provoke you. As soon as the person comes up in your personal space and starts going in your face, then he’s not messing around. Therefore, you need to be quick to assess the situation.

If they’re keeping a distance and just telling you off, that’s fine, keep them talking and agree with whatever they say because you know that they’re not actually looking for a fight. So, you just want them to say what they have to say and leave so you can get on with your night.

Use a passive fighting stance

Obviously, the last thing you want to do with a person who isn’t really looking for a fight is to show them your moves and initiate the fight.

You don’t want to be going in the person’s space and getting in position to fight. Because as soon as you do that, they will know that you’ve got some moves and they won’t be afraid to strike back. Let them come to you.

You can learn much more right here on the best fighting positions to adopt in a street fight.

Always be prepared to fight back

If the person wants to really fight you, let them come in your personal space. As soon as they are in your face, if you cannot defuse the situation and fell threatened, don’t hesitate and strike.

You don’t want to let them get the first hit in. You want to be the one to throw the first hit. But you need to make sure that they really want to fight you.

So, let them come in your space. Draw them in, and as soon as they do, catch them off guard by striking them right away. This will work to your advantage.

To see the video tutorial on how to deal with someone inviting you to fight, make sure to subscribe to our YouTube Channel where you will find this video along with other resourceful videos on self defense.

Take care and stay safe out there,