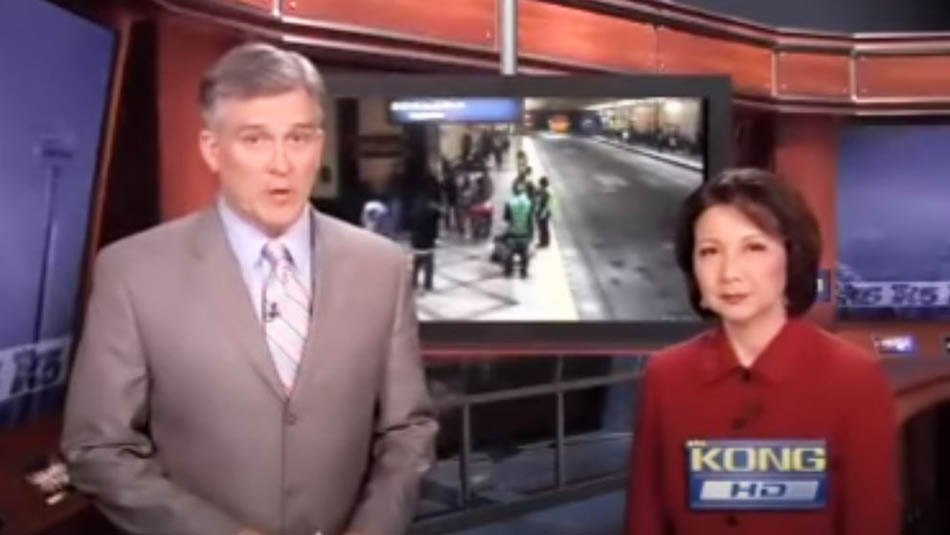 A shocking video; security guards standby while someone in help

In this article, you’ll see a sad video of a young girl getting a brutal beating right in front the eyes of 3 security guards, while they’re just standing there doing nothing. I hope you train for self defense and that you don’t think security guards will save you, right?

Unfortunately, most people sincerely believe that hiding behind the back of someone in authority, such as a security guard, is going to help them.

That said, I would like to show you a video that challenges this preconception.

A girl named Aisha was assaulted and brutally beaten by a group of teenagers… while standing at a bus terminal in the company of three rather burly security guards.

This girl thought she was safe with the security guard nearby

This is absolutely outrageous.

Not the fact that a child was assaulted in broad daylight – unfortunately, this is fairly common, but that 3 individuals in charge of keeping things nice and safe for other people chickened out.

Sadly and surprisingly, they simply stood by while the poor girl had the living hell beaten out of her!

Well… Here’s what I have to say:

It seems that a great number of people still don’t make the connection spelled out in this famous Spider-Man quote.

When I look at this YouTube clip, I wonder what would have happened if the security guards had done their duty well… because unfortunately, they failed miserably at saving and helping this young girl.

Standing by while a girl is being beaten into the pulp – oh, how courageous of them! Later in the video, we are told that security guards were ordered to report incidents, and not to do anything about them.

Well, in this case I would like to ask a very pertinent question, then what are they for?!

The power of learning self defense and relying on yourself only

In defending yourself, you can only legitimately rely on your own personal protection skills and strength, this is the sad truth most of us have to face sooner or later.

This is why, YOU HAVE to learn self-defense, before it’s too late.

Unfortunately, and as seen in the dramatic clip, the formidable security guards have proven to be quite useless for that young girl when confronted with real-life violence.

It is better to understand self-defense earlier, on your own, instead of later, when your head is being kicked in by an angry mob, right in front of the security guards who are not helping!

All the more reasons to learn how to protect yourself!

Make sure to be prepare and ready, because you are on your own. We all are.

Always keep that in mind.