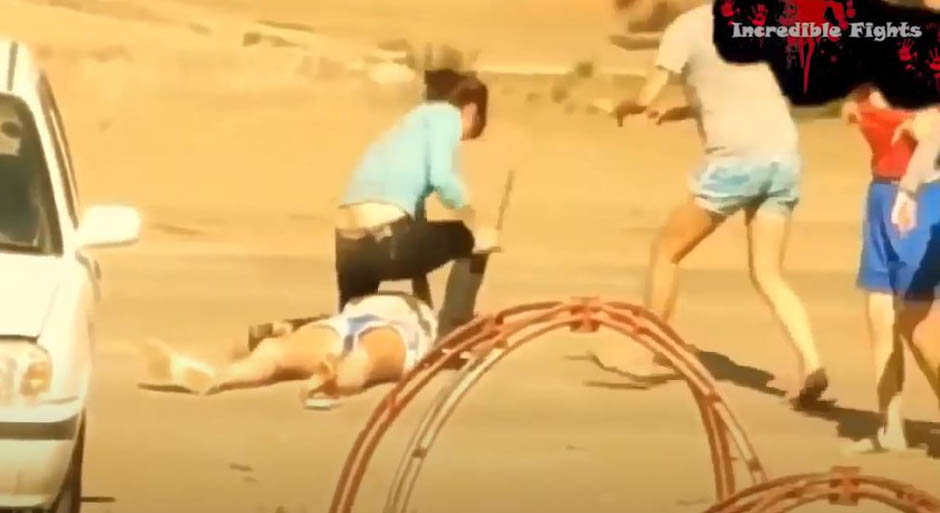 Defuse the situation or fight – a great lesson of self defense

Some fights start with a simple argument, while others are surprise attacks. What’s you’ll learn in this article is that if you happen detecting a threat, get ready to defend yourself!

Consequently, always be ready to fight back.

That said, very often people fight someone because they want to assert their dominance and physically humiliate the opponent.

The level of violence in such attacks can vary wildly. The fact is, you can’t predict how badly your attacker will hurt you, so verbally defusing a conflict is the most important skill for self-defense.

A skill this girl obviously doesn’t have:

As seen in the clip, her nonchalance and body language invited an assault for which she was completely unprepared. For example, her arms where down, and maintaining an imbalanced stance.

Even on the ground, under attack, she got knocked out, letting her the chance to even go for the only possible defense – keeping her arms up to protect the head!

Don’t make the same mistakes she did – they can cost you dearly in a street fight!

Learn the art of verbal judo

If you’re interested in practical techniques for verbally defusing a conflict in the street, you can watch our Verbal Defense video dedicated exclusively to this aspect of self-defense.

Whatever you do, make sure you don’t get caught off-guard by an attack.

Most of the fights can be avoided by verbally defusing the situation. In case it doesn’t work, you need to be prepared for a sudden attack.

Usually your opponent will insult you first, then proceed with physical abuse.

If you’re not ready for it, and such violent outbursts can be rather sudden, something like shown in the video clip can happen.

These girls did many things wrong

When you are about to be attacked, arms need to be free and you need to watch the opponent’s body language.

Consequently, being aggressive and not defusing the fight, that girl didn’t do anything to defend herself, and lost the fight in the first few seconds.

Don’t make the same mistake – know if the fight is about to start and prepare yourself!

P.S. If you want to know more about avoiding ego-based altercations, watch this video on verbal defusing that Code Red Defense has put together. If may spare you a lot of unnecessary fighting!

Also, if you enjoyed the tips, join us on our newsletter for more self defense tips.