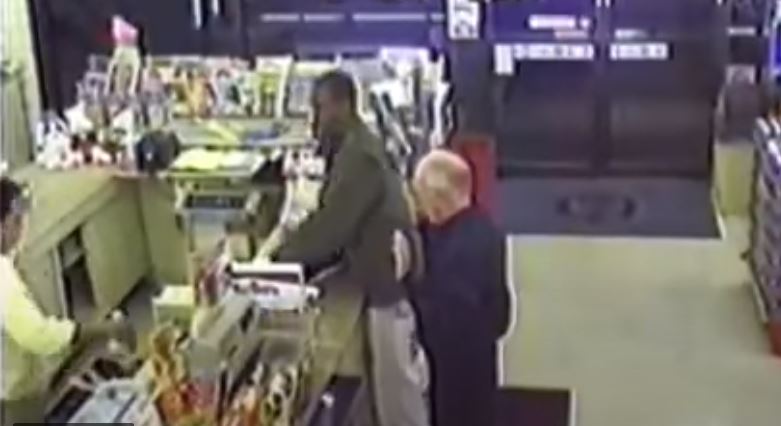 The opportunities when defending yourself

Today, I want to talk to you about how important moments of opportunity can be when it comes to personal protection. Read on and see the brilliant self defense reaction from a store clerk!

You don’t have to be a combat expert to survive an attack on the street, but in the same fashion, one need not be a stone-cold killer to take a life.

Like everyone else, criminals make mistakes and it’s important to notice them, and act once the opportunity presents itself.

Let’s look at this robbery that went rather wrong (for the criminal, obviously)…

For example, this guy is VERY bad at shoplifting!

As you can see, the shopkeeper reacted extremely fast and turned the tables on the gunman. Is he trained in self-defense? I guess not, he’s just a normal guy.

Yet, he succeeded exactly because he saw an opportunity and seized it!

And this perfectly illustrates my point about the importance of awareness and acting promptly. It may well save your life one day!

When Your Enemy Makes a Mistake, Seize the Moment

Usually, when your attacker is stronger and bigger than you, or possesses superior firepower or, for that matter, has been lucky enough to catch you unaware, it is usually best not to provoke them.

But what if they make a stupid mistake, effectively dooming their assault?

You can do what this guy did in the video.

As seen in the clip, the robber was foolish enough to put down his rifle on the counter of course, the shopkeeper promptly snatched it away and tried to hold the criminal at gunpoint.

The criminal was so surprised he couldn’t put up any real struggle, and the weapon changed hands in a split-second.

He clearly doesn’t have what it takes to extort money from middle-aged shopkeepers by threatening them with violence!

Now that was a brilliant reaction on part of the victim. However, charging after the fleeing robber, gun in hand… let’s just say that it wasn’t the best self defense decision.

But at least we can learn from one half of the video – in an encounter, exploit your opponent’s errors but try not to make ones of your own! This is one of the vital secrets to successful self-defense.