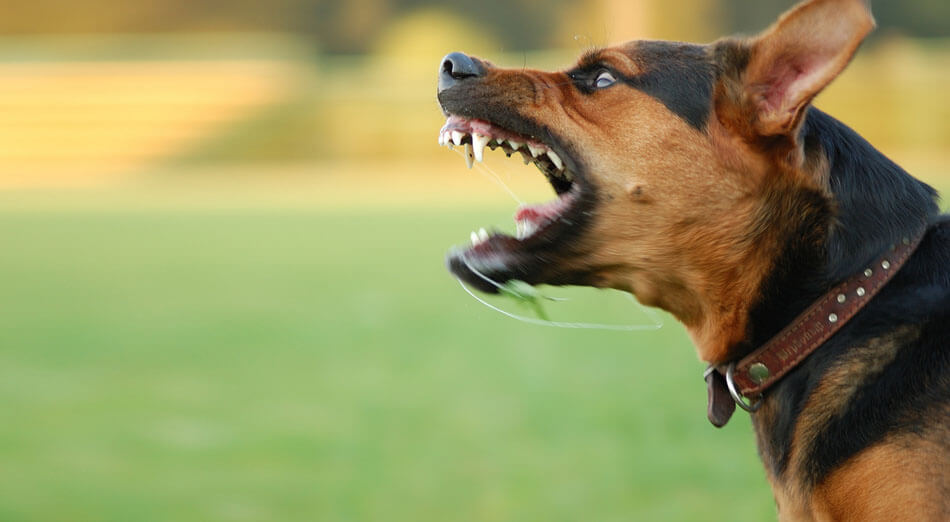 Self defense against a dog attack

Dogs are our friends… for the most part. But sometimes they do go feral and violent, and it is important for your safety that you know what to do.

Like defending against humans, there are also ways to go about an animal attack. So, if you the tips and tricks, you’ll be able to survive a dog attack (ad).

This Is NOT how to defend yourself against a dog attack!

Such useless behavior as the woman was demonstrating can get people injured or killed. She should have kicked the dog, shouted at it, done something more threatening than running around or grabbing its hind legs.

When it takes two cars with policemen to put one Pitbull down, it’s obvious that screaming will not do.

Yes, you might get bitten, but the woman got injured all the same!

When you are dealing with something that can’t be reasoned with, e.g. a frenzied dog – your only option is to put up a good fight and hope that its self-preservation instinct will kick in.

Otherwise you will just be a helpless victim! And you don’t want that, do you?

If you are under attack by a big dog with a formidable set of teeth, how would you deal with the situation?

Don’t shrug the question off, it’s a very likely scenario.

How would you drive an aggressive dog away?

Of course, this video was made in Russia, where even the most dangerous breeds of dogs aren’t always walked on leashes, muzzled and subdued.

But this can happen anywhere in the world, and if it does, you need to know how to defend yourself.

Running around uselessly and screaming is not the winning strategy. Dogs, like all animals, can be intimidated by people, as long as we react at their attack with enough ferocity.

Animals understand strength and self-preservation pretty well, and when in pain they will either flee or fight to the last breath.

So, when a situation like that presents itself, fight – you can’t afford to cower and be afraid. The dog won’t care!

Put up a fight against the attacking dog, and you’ll probably survive

Act like the people in the video – and the police might fail to arrive in the nick of time to save you.

Read this book if you want to know how to defend yourself against a dog attack (ad).

You’ll find all the answers you need to stay safe in case of a vicious dog attack.