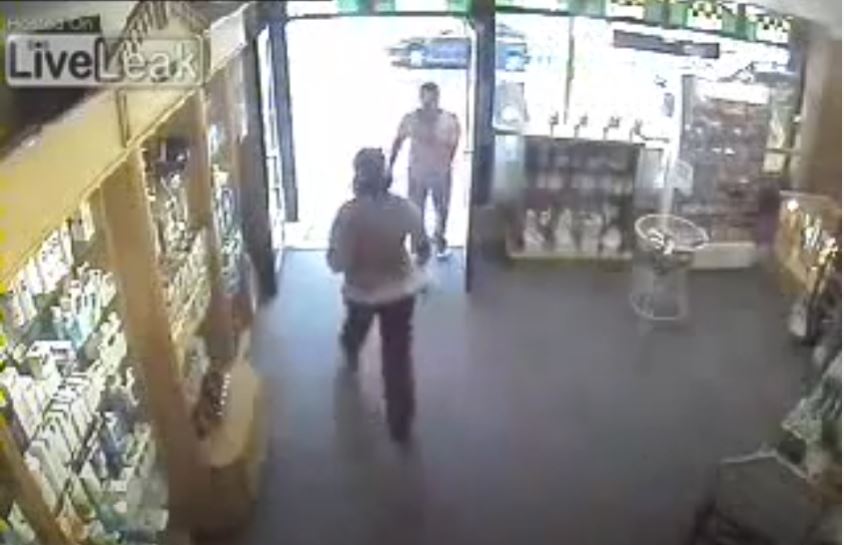 A good case of self defense

There’s never a “perfect moment” in a dangerous situation… but sometimes all you need is just a “good enough” moment. In this article, we’ll see footage of a security guard that uses self defense against a thief.

This camera footage shows clearly what I’m talking about: look at how this security guard handles the robber.

At first, he fakes total obedience, letting the criminal lower his guard and concentrate on the contents of the cash register.

But then the guard makes his move:

And what a well-timed attack it is!

The robber could have put up a fight, but the element of surprise and the no-nonsense attitude from the guard were enough to make him run away.

A well-timed strike can save the day!

In a real-life encounter with a criminal, things can turn around very quickly.

If you are not outnumbered and if there is no serious threat to your life (i.e., a gun or a knife-wielding attacker), it doesn’t take much to fight back.

Look at this footage, for example:

The robber, not wishing to deal with two people and having a chance to escape, got scared witless. Not only that, but he fled the scene really quickly!

Even if he hadn’t left the store at once, the guard would have provided enough of a distraction so the cashier could call the police.

All the same, this would have resulted in the robber’s escaping or getting arrested.

Basically, in those several seconds it took to drive the criminal away, the guard managed to save the day – well done!

That guy definitely won’t be coming back!

Lastly, I wouldn’t go as far as to say that timing is everything, but this video certainly shows that when violence is immediate and hardly avoidable, you would do well to choose a suitable moment for a preventive attack.

Again, it doesn’t have to be perfect – just good enough to surprise and give you an advantage!

Related article: These security guards didn’t do their job.

You’ll certainly see a difference between this situation and the other one… Sheesh!

If you’re looking to sharpen your fighting skills and overall self defense techniques, take a look at the Code Red Defense newsletter.